Wow! This was really a fantastic show!

I dont think that I can choose a favorite song of the night. There were too many favorites. It seems like almost every song had some element that really touched me at some level. 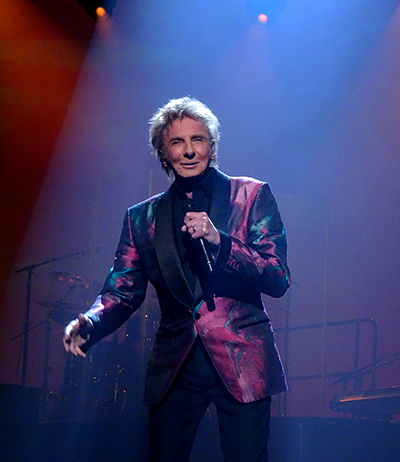 The beginning of the show was fun. But Barry really started working his magic with Looks Like We Made It. Barry still was using his eyes to convey the lyrics, just as he had done the night before. But tonight he took it to the next level and was totally selling the song. Thats why this was one of my favorite songs of the night. Because Barry was communicating and reaching his audience at a level that I could feel. 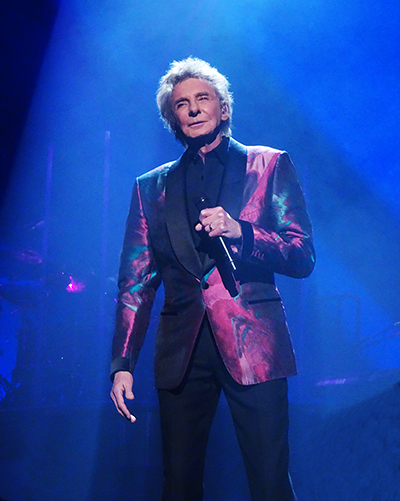 It was his voice, but it was also his expressions. He was putting his all into the song. 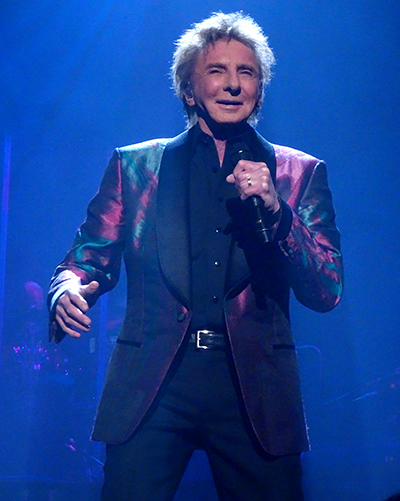 And he did that throughout the night with a lot of the songs. It just felt like something extra all night long. 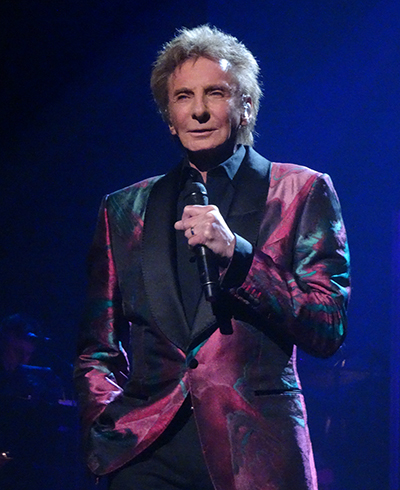 We got one of the Big Barry Ballad endings. Ive always loved these. It may be just mem but the reason I like them is because they illustrate just how much he is into performing the songs. He has already stopped singing the lyrics when he does this, but to me, it is so obvious that he is 100% invested in the performance. 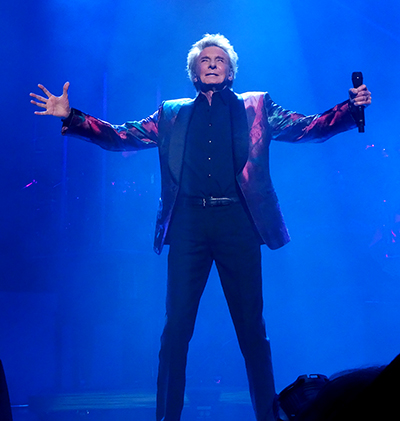 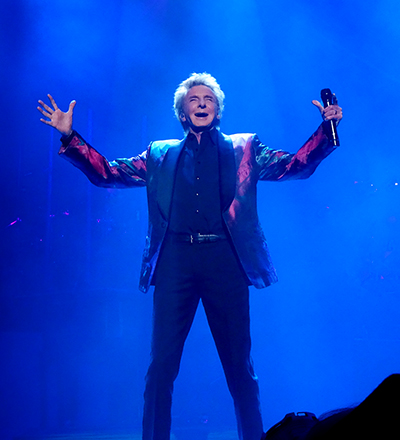 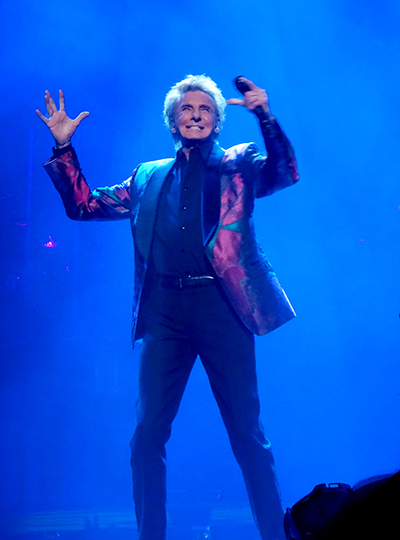 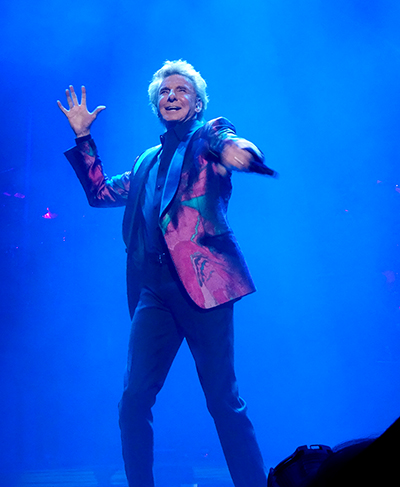 Cant Smile Without You was another favorite of mine tonight, and thats unusual. Even on my best nights, Im usually a little uncomfortable with the song. Somehow I wasnt all that uncomfortable tonight. The audience was very into it, and maybe that had something to do with it. But I also think that Barry's tone had something to do with it. During this song, and during some other songs as well, occasionally Barry's mannerisms felt as if he were trying extra hard to communicate with the audience. 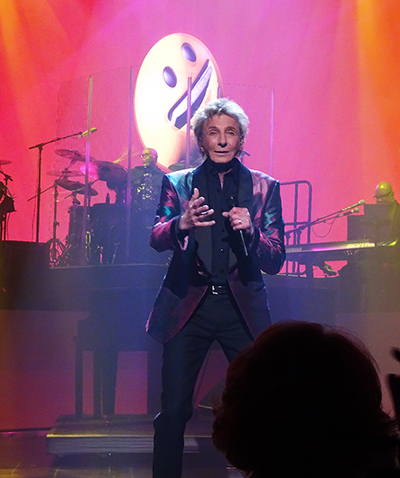 This is another instance where Barry really seems to be reaching out to the audience. This one is from Brooklyn Blues. Sorry for the color. I've just not been able to figure out how to compensate for that intense blue light. 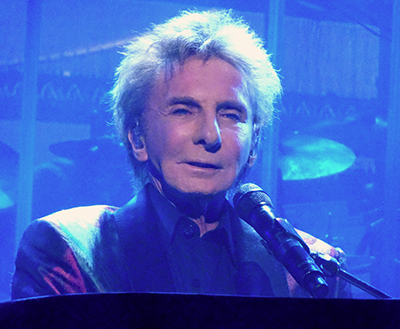 I think the reason that this really made me take notice tonight is that Barry's interaction with the audience, and the way that it felt so genuine and real, is one of the things that always attracted me to the shows. Barry could make you feel like you were there, even sometimes like he was singing directly to you. Even though you always knew that its very unlikely he could even see you out in the audience, it still felt real. You could still feel a connection. And Ive spoken to many people who have felt the same thing. In the last year or perhaps a little more I havent felt that connection quite as often. And I really have missed it. But tonight I felt it more than once. And BOY, did that feel good! its always a fantastic show, but that little spark is something that you remember forever.

Barry-ism time! I love these little expressions that are totally Barry! 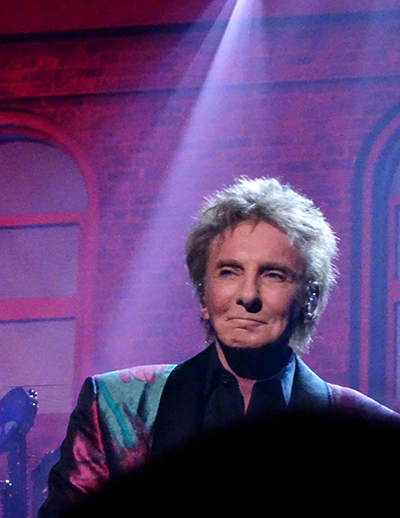 Another favorite of the night was This Ones For You. Overall it might not have reached me at the same level that it has in the past, but there was certainly no lack of emotion in Barrys performance. 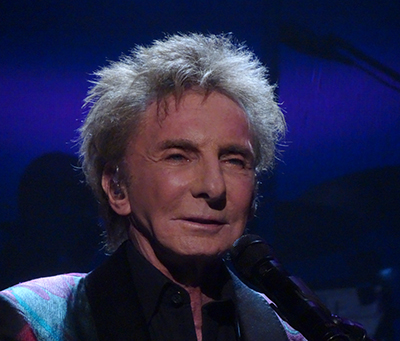 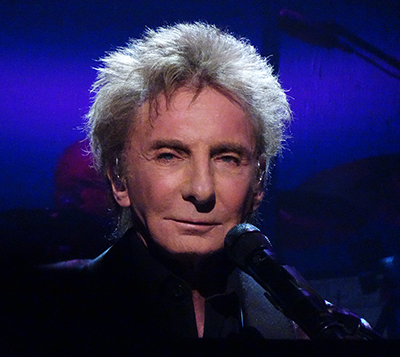 At the end of the song there was a lot of emotion. This wasnt one of the powerful endings. It wasnt one of the extremely passionate endings. But there was enough power and passion to communicate the lyrics. And it felt genuine. And so, at this point, I was definitely feeling Barry's performance. He had managed to reach out and grab my heart. 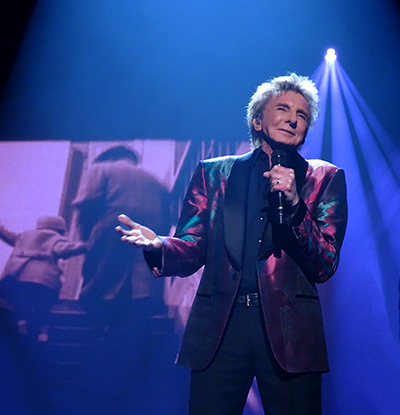 So much joy In This Is My Town! I remember back when that CD first came out, and I commented that the entire audience had to be feeling the joy because Barry had so much in him it had to be contagious. And I still think thats true. 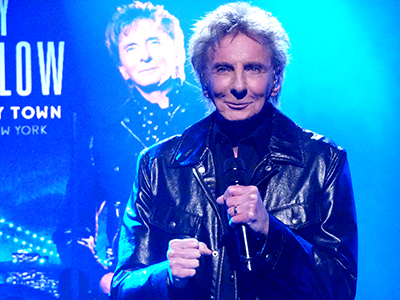 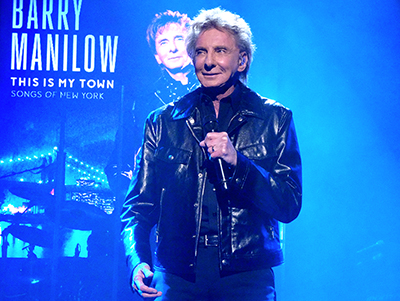 A broader shot of Barry's big finish at the end of TIMT. 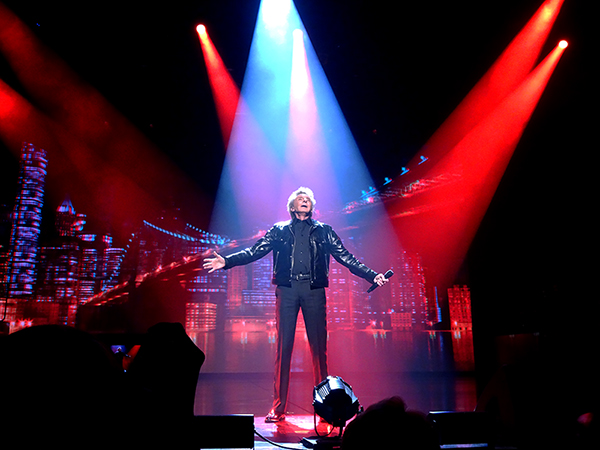 Barry wore his new jacket again for Even Now. Or at least, his new-to-some-of-us jacket. Tonight he said it was from Costco. Probably the only thing left in the store. (Joke... Coronavirus...)

It was a beautiful performance of Even Now. And Barry was looking really handsome as he was singing those opening lines.

I know that has nothing to do with the performance of the song. But yeah, sometimes those do kind of work with each other.

When Barry stood up at the pianom thats when he really started turning on the heat. Thats when the passion started to flow. 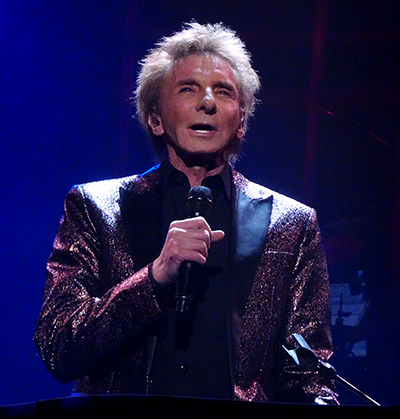 All that extra passion made this another of my favorite songs of the night. This wasnt one of the performances that ripped my heart out. But it was one that touched me.

Barry got a huge ovation for Even Now. And it was well deserved.

It was a great crowd on Saturday night. Of course, I thought Friday was a great crowd too. At one point the crowd started yelling "Barry, Barry, Barry..." And Barry got a lot of big ovations throughout the show. At one point he commented that last night's crowd was a turkey crowd, and that this was the best crowd. Well, gobble gobble, I guess. I KNOW I'm always a turkey crowd. But Im sure Barry was joking. Friday was a good crowd, too. And so was Thursday, just a little quieter. Wild and crazy doesn't necessarily mean a good crowd - it just means a loud one.

Regardless, the crowd really did love Barry and every thing that he did. He got such a big elevation at the end of Could It Be Magic that he just stood there drinking it in.

I actually liked I Made It Through The Rain tonight. I actually LOVED it. Barry was communicating at such a level that I believed in hope again. I felt him and I believed him and I really, really enjoyed his performance. 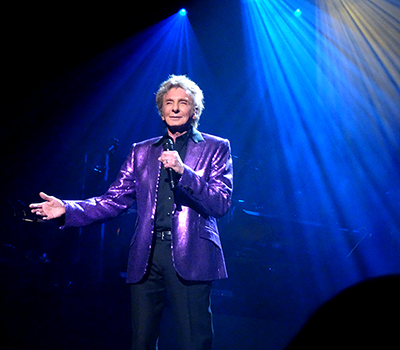 Barry gave us a great performance of Mandy again. He put a lot of emotion into the song. 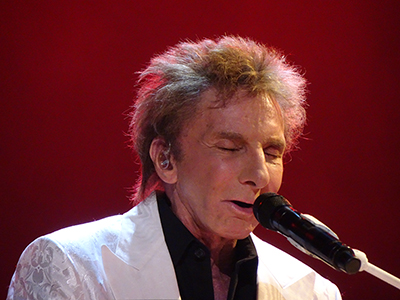 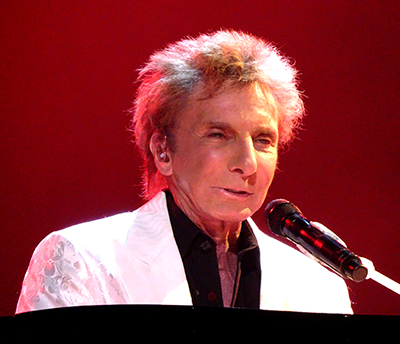 Barry was very animated during I Write The Songs. I love the way he pointed up towards the people in the balcony. 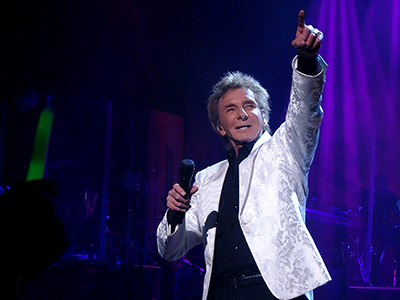 Only goodbye shot I got. I stopped taking photos because Im not sure when Im going to be back. As much as I wanted photos as a memory, I wanted to just watch Barry more. 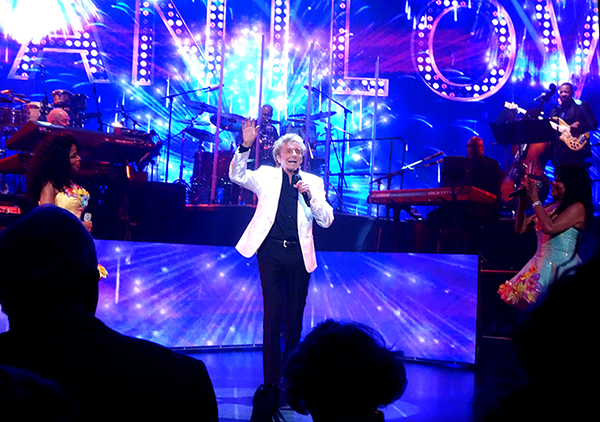 Really a great show tonight. I was hoping there would be something that let me leave the show with special feelings, and Barry didnt disappoint. I left the show being reminded of why I have been a fan for so long and why I have attended so many shows. Theres no one like Barry. I hope the stars align in such a way that Ill be able to be back to see him much sooner that what seems possible right now. In answer to the question, "I wonder every night if you might just miss me, too?" - oh, most definitely, YES! Funny how he can do that to us.