This was the best show of the week. Barry outdid himself. He was on fire.

In the last week Barry has said in several interviews that he wanted people to be able to forget their problems when they come to his shows. He said he wanted it to be a place where they can turn all the negative off. He's certainly been my means of escape over the years, and also my means of feeling like I belong somewhere. Barry proved himself again at tonight's show. He managed to cure all the negative within the first song on Thursday night. And it got better every night. Especially tonight...

It could not have been better. A special show to celebrate a milestone show for me.

Another technical glitch tonight. There was a tiny bit of the same popping sound that we had heard before, this time during It's A Miracle. That stopped quickly. But then Barry's mic wasn't working. There was no sound at all. Being the professional that he is, he just kept right on singing. The cool part of that was that if you were sitting close enough, you could still hear Barry singing - his own voice, not one that has been filtered through a mic. That was fun even though it was a glitch.

And I never noticed this before! If you zoom in, the heart during It's A Miracle looks like the starburst during I Write The Songs! 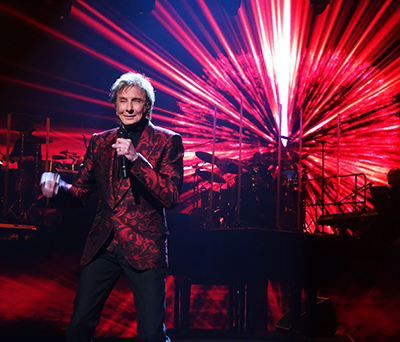 Barry was soooo expressive during Looks Like We Made It tonight. He really was communicating with the audience. The interesting thing to me was that I wasn't picking up on a specific tone of the performance. Couldn't tell if it was sad, or teasing... It seemed to be a little bit of everything. There were definitely teasing moments, even from the beginning of the song. As Barry started singing, some of the audience "reacted". Barry got that sparkle in his eyes, and you could see he was going to tease a little. But then he got serious again. It was all over the place. And it was fun! 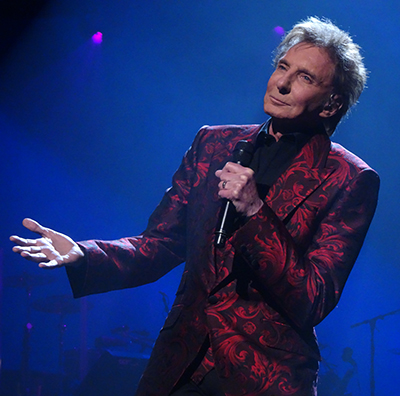 And the sexy part of LLWMI... Oh, my... Sorry, no photos. Barry knocked the camera right out of my hand... Ha! Okay, not REALLY! He did get the audience going this time, though.

It was a good audience tonight. No, it was a great audience. They were very appreciative of Barry without being over the top. I like that kind of audience. And no one threw glow sticks tonight!

I love watching Barry when he's so absorbed in playing the music. This is from Brooklyn Blues. 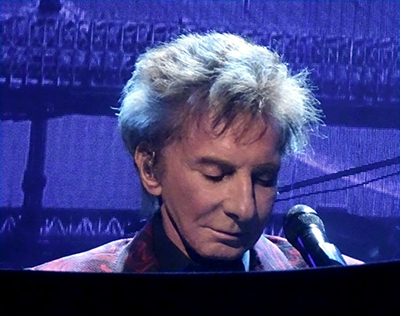 One of the most special songs of the night was This One's For You. I loved the way Barry performed it. So much expression and feeling. I said last night that I loved it when Barry "guided me" - when I was able to go where he goes when he performs a song. That's kind of what happened. I took a photo of Barry during the Grandpa Joe portion of the song, but after that, I didn't take photos. 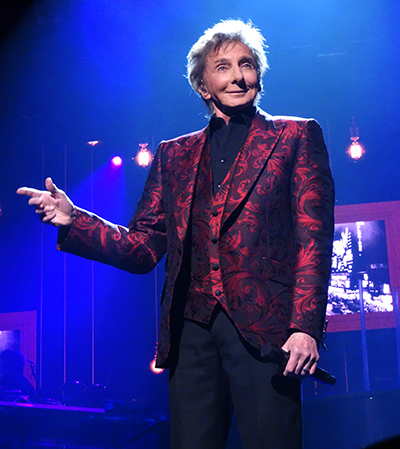 Barry had me from the very beginning of TOFY. I was completely wrapped up in what he was doing.

The joy was still there in This Is My Town. But there were other emotions, too. Barry is always expressive during this song, but tonight there seemed to be a wider range. It felt like he was really trying to communicate with the audience, and tell them how he felt about NYC. 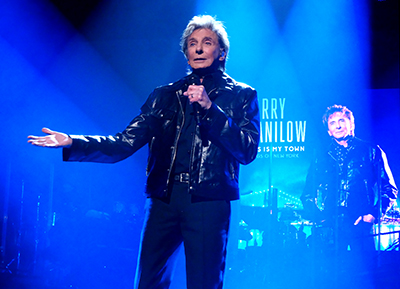 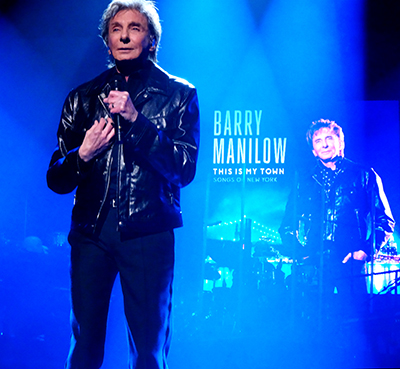 And the ending was very strong. At times it almost felt like one of the power ballad endings. 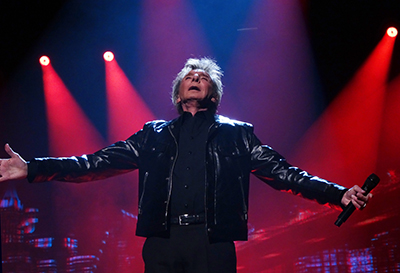 At any rate, it really was a great performance.

Barry gave us a few extra dance moves while he was "playing in traffic" during On Broadway. I've never seen him do that before. So cute!

There was another glitch before Even Now. Not technical, but still a glitch. The person who was supposed to put the coat rack with Barry's change of jacket out on stage didn't do it. So, when Barry walked over to get the new jacket, he had to call to the person backstage to bring it out to him.

Speaking of Even Now... Wow! Barry did an awesome job with that song! And the ending blew us away! So much power! This performance was all passion. Really great! 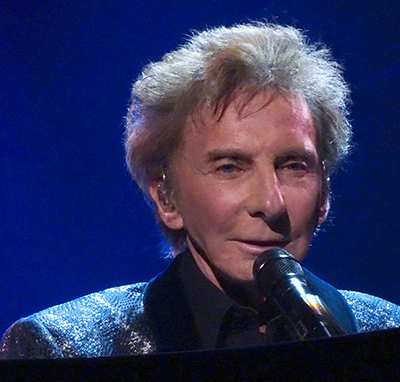 Weekend In New England was very beautiful tonight. This performance was very passionate, too. It felt like Barry was taking everything just one step farther than he normally does. So, so good!

Somehow WINE seemed even more visually beautiful. Not sure why. For some reason all of the colors and effects seemed to be enhanced. Just gorgeous. The colors in this shot are not quite accurate. The spotlights are really a pinkish color, rather than purple. But because of the white balance setting on the camera, the pink lights all get changed to a violet color. Which is just as beautiful, actually. 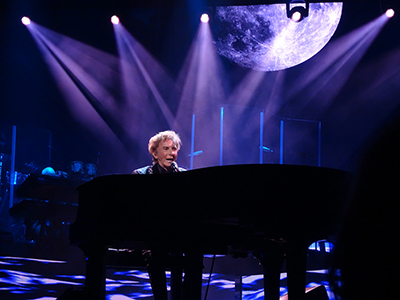 No mention at all of the new CD tonight. I'm glad I got to be there on the one night that it was briefly mentioned. That was pretty special.

Another good angle for the starburst. I just love that effect!

I Made It Through The Rain made me kind of emotional tonight, but it wasn't because of the way the lyrics have been effecting me. This time it was because the end of the show was rapidly approaching. This was another song where Barry outdid himself in communicating with the audience. It felt more like a musical conversation than just a performance. 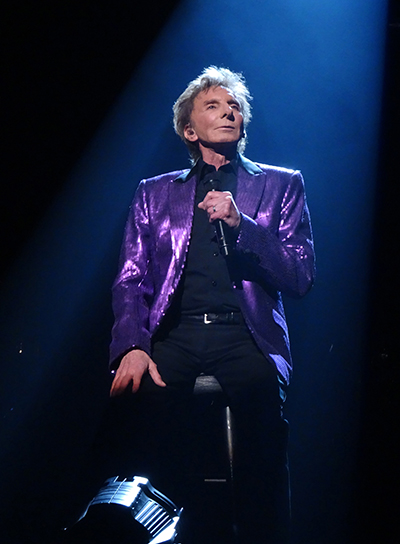 Barry has added something new to Copa up on the bridge. They kind of do a little conga line. Not exactly, because they aren't touching each other. But Barry and the backups are in a line, and they dance from one side of the bridge to the other. If they touched each other, Barry would have a face full of Melanie's feathers. Ha!

Barry looked so happy at the end of Copa. Beautiful smile! 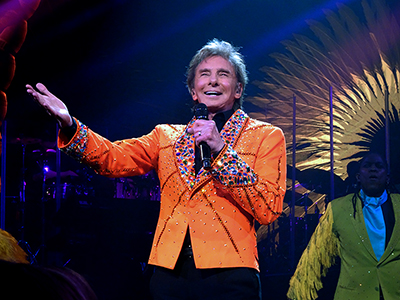 I definitely didn't want this show to be over. Such a great show!