I was sitting a little more toward the side tonight, so I didn't have a good view of Barry's facial expressions most of the time during Looks Like We Made It. He did finally turn a little toward my side of the audience. I could that this was an expressive performance.

Tonight's performance of This One's For You seemed very emotional. Barry's expressions and eyes seemed to match the lyrics perfectly. At first Barry seemed to be reflecting on memories. He had a far away look in his eyes, and a hint of tears. 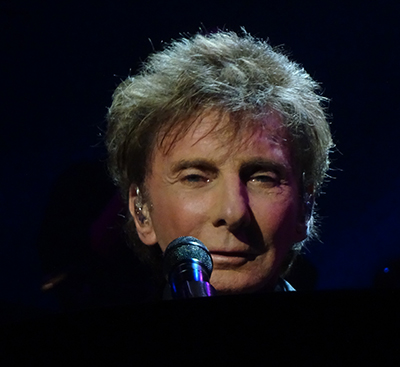 And then the song got a little more conversational. Barry turned toward the audience as if he were talking to us. But the emotion was still there. 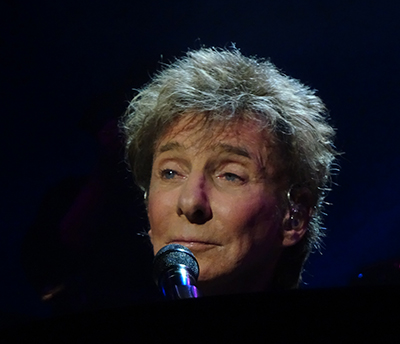 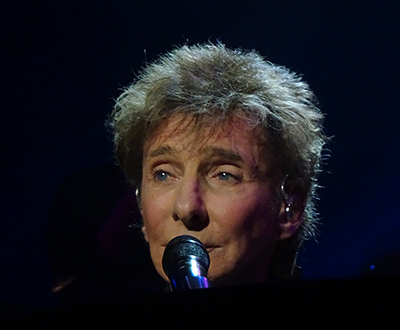 Even Now was great tonight. While Barry was at the piano, the song didn't feel quite as emotional as the night before. While last night's performance seemed full of pain, this seemed more like he was resigned to things. But that was just at the beginning of
the song.

I've mentioned that Barry has been performing it in a different way. About halfway through the second verse, Barry stops playing the piano and he begins to "talk" with his hands, gesturing as he sings the final lines of the verse. Sometimes it feels like a conversation that leads into Barry standing up at the piano to begin the more passionate part of the song. Tonight, things started to build while Barry was carrying on the "conversation." And when he stood up from the piano, wow - the passion hit all at once. 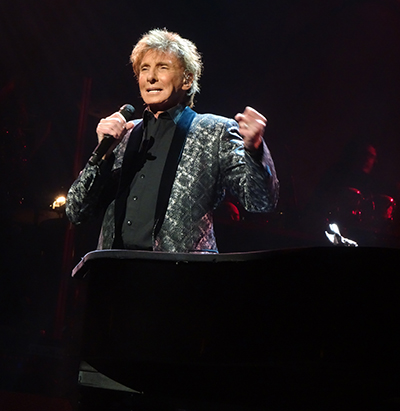 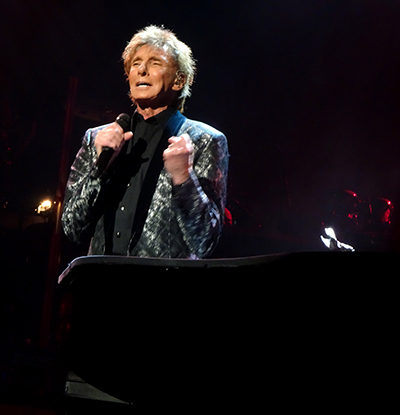 And the way he reached out at the end of the song, wow. 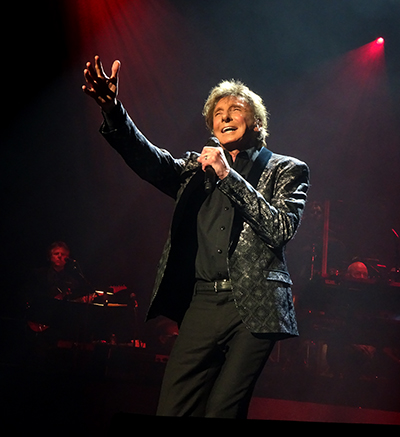 Let's Hang On was the most fun that it's been for the last couple of weeks. Barry did a couple of different dance steps on his way over to the mic. He looked like he was having fun, and that always make us have fun. 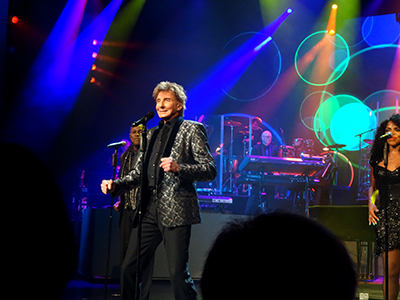 And I finally got the mic stand shots, even though I was zoomed in too much to show the mic stand. That's okay - it's that whole "rock star pose" that I love, and that shows up even if you can't see the entire mic stand. 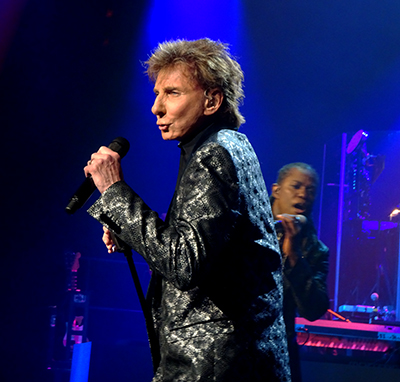 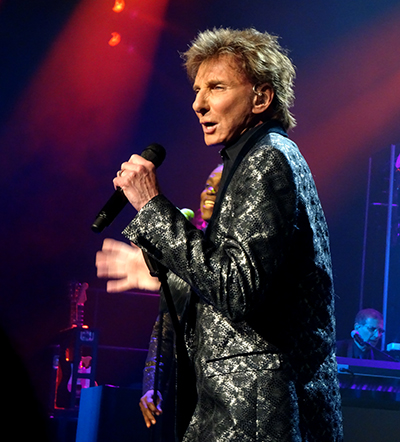 Weekend In New England was exceptional again tonight. There was so much passion in Barrys performance. But it was also emotional, raw emotion. Tears. 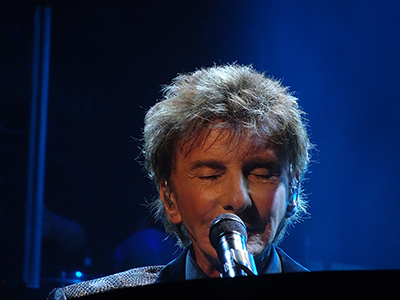 It was hard to tell where performance ended and genuine emotion began. It felt real. Ive never seen the song performed this way. I wont ever forget this one. 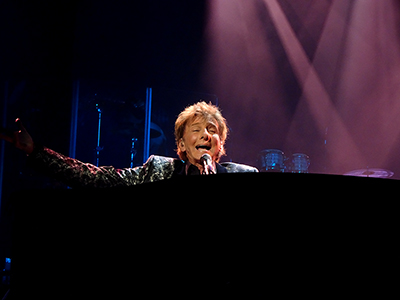 I remember in a recent interview Barry said that he's "bleeding up there" when he's performing. Maybe this type of performance is what he meant.

The small portion of Could It Be Magic was very nice tonight. Barry put a lot of feeling into it, as if he were performing the entire song instead of just a small part of the ballad version. 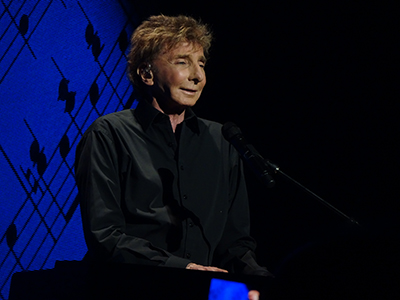 The upbeat version of CIBM was great tonight, although Barry didn't seem quite as playful. The looks he gave the audience were still cute, though. 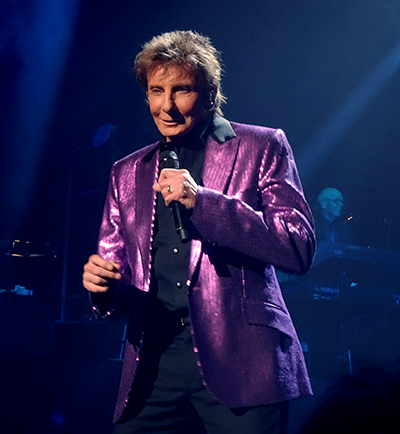 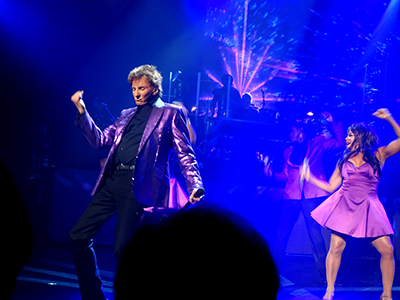 Barry did a great job again with I Made It Through The Rain.

I need to clarify something I wrote badly in the last review. Someone pointed out an alternate interpretation of my comment that I probably wouldnt get back into IMITTR until the situation changes.

What I was referring to is things going on in my personal life that have been exhausting and difficult to deal with. So, I struggle with IMITTR because the lyrics imply that if you hold on, theres hope - youll make it. I have a hard time believing that these days. There was a time when I viewed IMITTR as a song of hope. It even felt good to think of being "respected by others". But, Im just not in that place right now.

That said, Barry has been performing the song beautifully. Im just not appreciating it as much as I have in the past. I still enjoy his performance of the song.

At the recent shows he has seemed to be very intent on trying to communicate to the audience that hes appreciative and that he feels affection for his supporters. One night he said, I love you! Loud and strong. Not the I love you back thing that he does sometimes. This time he said the real words. And then tonight when he was thanking the audience, he said, I can feel you. But he didnt leave it there. He said it again, more strongly, emphasizing it with hand gestures and even body language. "I can FEEL you!"

That was nice. As a fan, its important to me to feel free to express my love and appreciation to Barry for giving of himself all these years. And it means the world to me when he expresses affection back to us. I know Im not alone in that. It means something to us.

Mandy has been great the past two nights. There was something extra passionate about it tonight - and also last night. There was even a bit of a foot stomp. You know Barry is into the song when he stomps that foot as he plays piano. Love it!

I think my camera must have been attached to a time machine, because Barry looks like he's about 40 in these two shots! 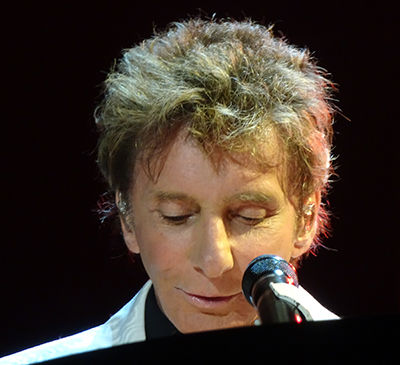 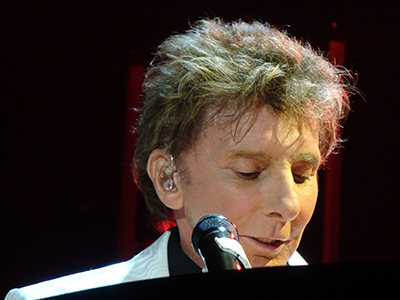 I love the starburst when viewed straight on. It seems to fill the entire theater. But I like this view, as well. 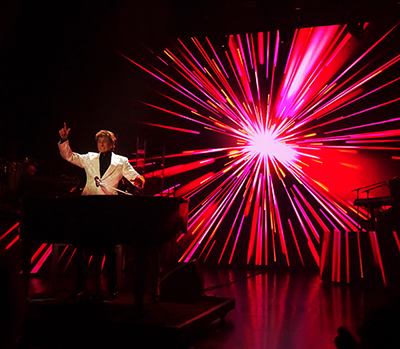 I'm not really a fan of glowsticks, but I do admit they can look pretty. They looked nice tonight, especially from my angle. I tried to capture it, but it just didn't seem to translate well to a photograph. I got this one shot where someone was holding 4 glow sticks in their hand. 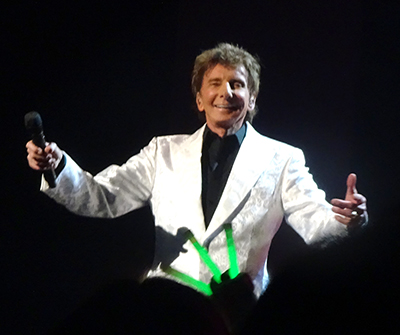 This was another instance where sitting at an angle provided an interesting an beautiful view of the lighting. I've seen the yellow spotlights flood the stage at the end of IWTS, but I've never noticed them so well-defined. That's beautiful. 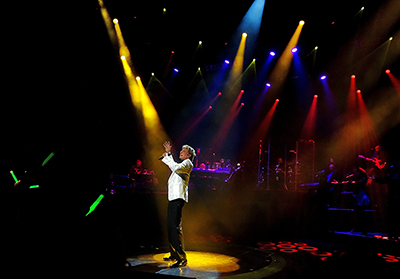 And this is the last of the lighting changes at the end of IWTS. I think this is beautiful, too. 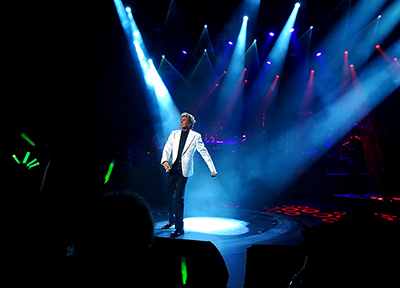 One of the best things of the night is that Barry seemed to be having fun with the audience. There were a lot of UK fans here this weekend. I think he liked that.

Final shot of the show. I had already started putting my camera down. Barry looked very touched by the audience response. 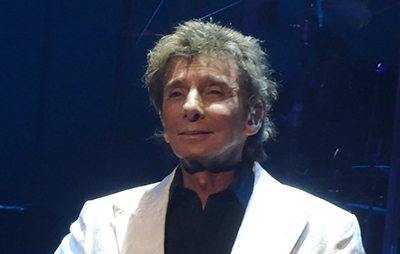