Barry did another great show.

I didn't see an abundance of fog. There was still some there. But the main thing is, it didn't obscure anything. I could see Barry clearly, see the band. The lighting was clear, instead of there being a haze over everything. 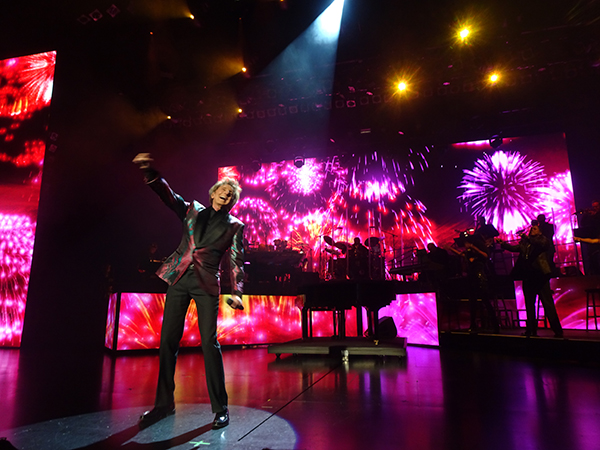 And I remembered the blue lights! 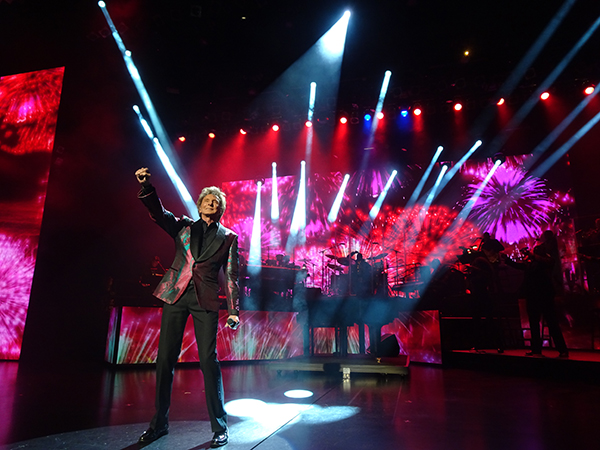 I didn't freak out because I was sitting on the front row. That's a good thing. You know how they always say that you shouldn't worry about how people view you because they really aren't viewing you at all. Well, I had an incident yesterday that hammered that concept home. Since I don't exist out there, then nothing to be freaked out about, right? Although sometimes it can be hard to accept that you don't matter, it also can do good things, I guess. I stood, I took photos, I sang along with CSWY... I draw the line at dancing and waving my arms in the air. I'm not coordinated enough to do both without falling down.

Vivid, vivid colors during Daybreak. I kind of needed that tonight. 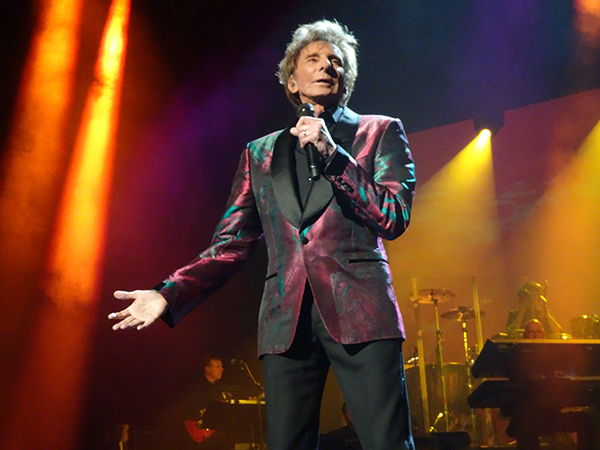 Looks Like We Made It was a good performance. Kind of distant, not as connecting as he usually is. Still got the audience going, though. 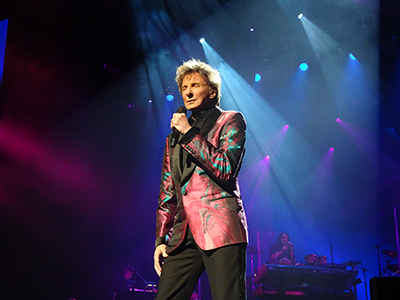 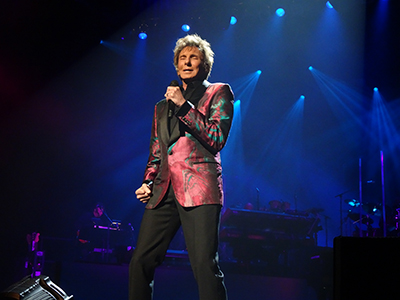 Love the lights during this part of the song. 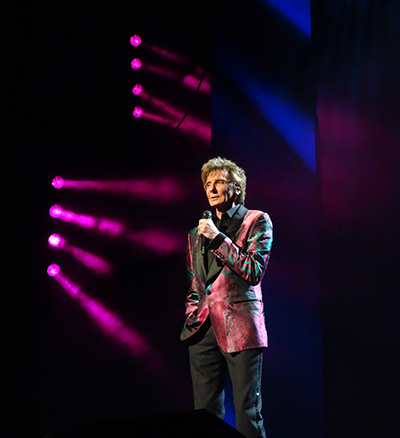 Cute Barry at the beginning of This One's For You. 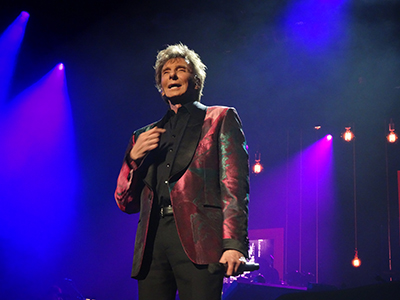 Barry did make his performance of TOFY a little more generic tonight - could be interpreted in more than one way. But he still shifted his eyes toward the sky a few times, so we all knew it was for Grandpa. Still, there was a little more of that personal spark tonight - that "connecting with the audience" thing. I couldn't take photos where I was sitting - not when he was at the piano. But I could see his face clearly. I'm still in awe of how he can make you "feel" something - even knowing that he never really sees you, has no idea who is sitting in his line of sight, somehow he can still create the feeling, the connection. To me, that's the Manilow Magic. How he can do that amazes me.

I love this part of the show where he says "Betcha didn't know that I can fly." He's so cute when he does this. The colors seemed extra vivid tonight, too. 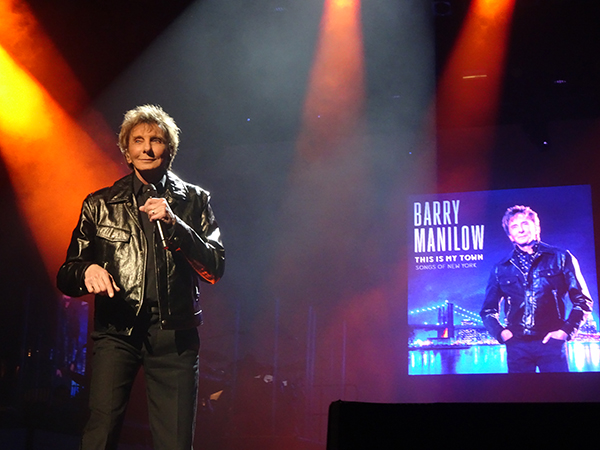 Now here's an instance where the fog looks really cool - and the dense colors along with it. It really looks like a purple fog behind Barry. This is from On Broadway. 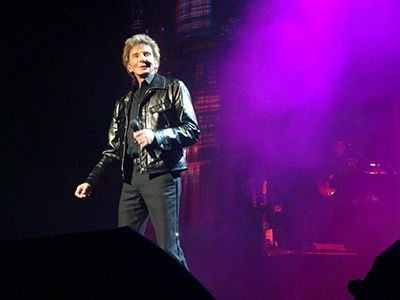 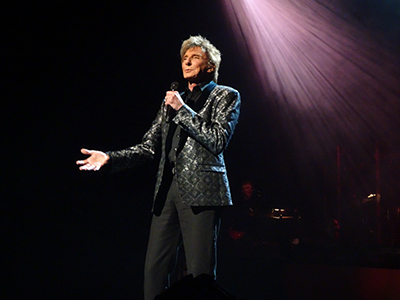 I'm always surprised that I can manage to get any shots of him at all during the commercial segment because it's so far away from the center of the audience. But I usually try. I like these shots where he's playing the piano during the intro to Could It Be Magic. 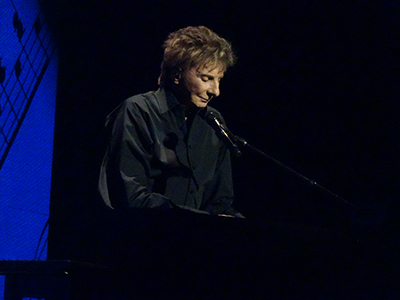 Not so much teasing during the upbeat version of CIBM tonight. But a solid performance. It's still a crowd pleaser. As much as I like the teasing glances, I like this intense look, too. 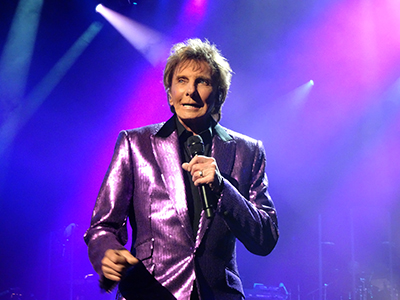 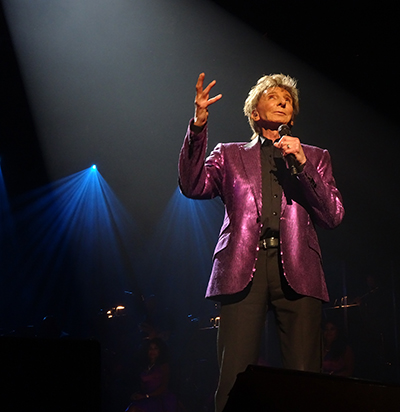 I love those Shadow Man moments. 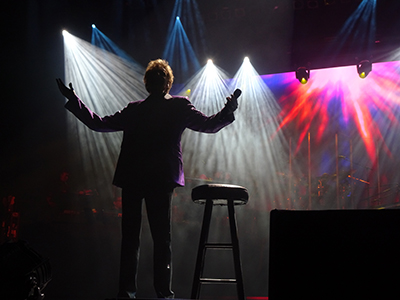 Barry always looks so joyful as he conducts the I Write The Songs sing-a-long. 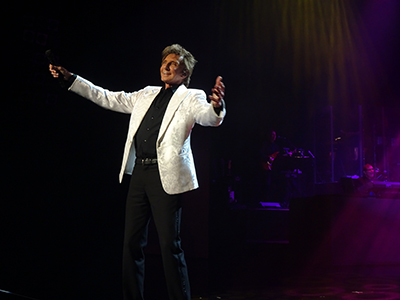 Of all the different lighting schemes they've used for the end of IWTS, I think this is the best. I love the transition of colors and degrees of lights. And, even thought I'm posting 4 of the transitions, there are more! 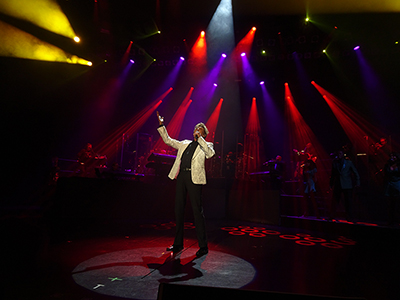 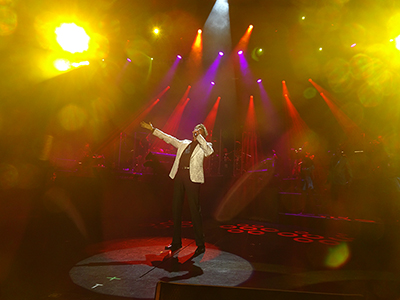 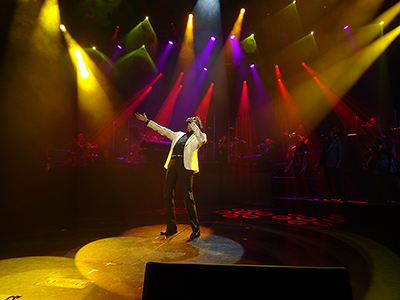 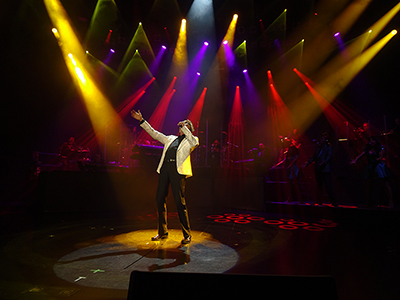 Barry's reaction to the audience cheer after he asks, "Anyone want to hear Copacabana?" 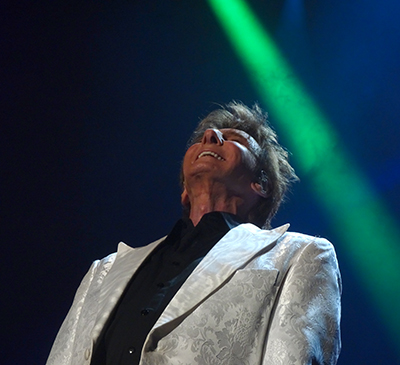 "There was blood and a single gun shot..." Ha! I always like Barry's expressions when he does this part of the song. 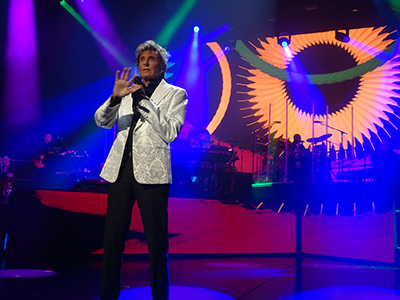 Then time for the goodbyes. Always comes too soon. 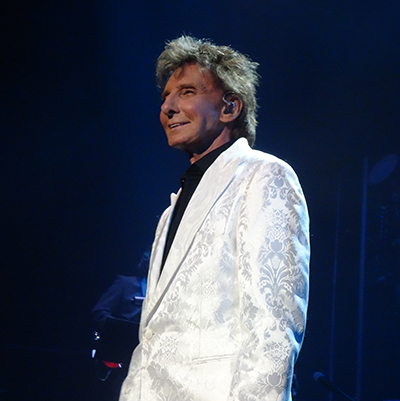